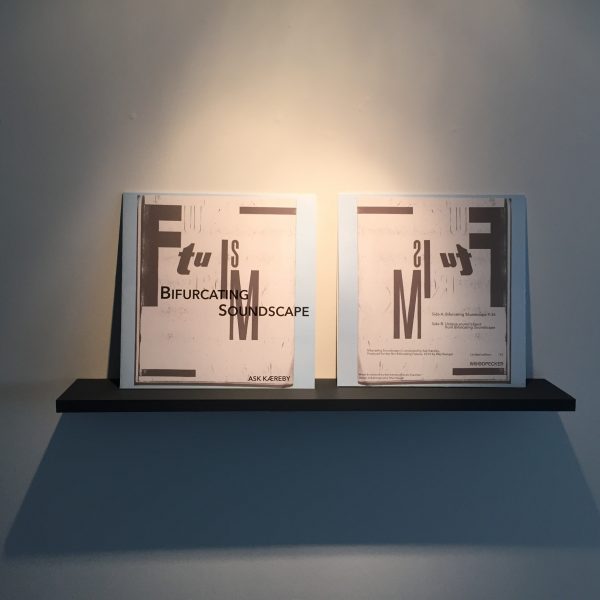 Bifurcating Soundscape is a limited edition vinyl record by composer Ask Kæreby (DK). His work is inspired by the Italian futurist movement Futurismo (starting in the early 20th century), which praised power, velocity and noise from large cities and machinery. By combining the past’s experimenting perspectives with modern choreography, different positions are explored: the human body and the machine. When the record was released at Inter Arts Center in Malmö, dancer Maria Concetta Borgese (IT) performed her piece Bifurcating Futures to the sound of Kæreby’s work. Both Kæreby and Borgese’s work stand in relation to artist Hasager’s research into totalitarian architecture. Bifurcating Futures is also the title of Maj Hasager’s (DK) film from 2014 in which this composition is used.